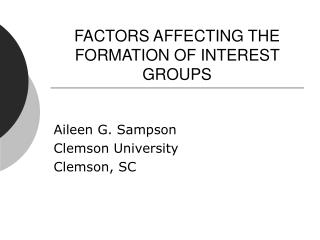 Part 1 The Formation and Measurement of Public Opinion - . what is public opinion and why is it so difficult to define?

Influencing Government: Food Lobbies and lobbyists - . from food politics: how the industry influences nutrition and