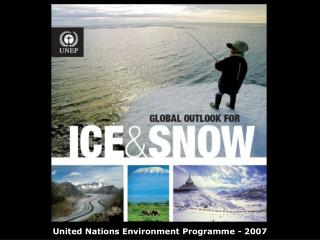 United Nations Environment Programme - 2007 Components of the Cryosphere Introduction Snow Ice in the sea Ice on land huge ice sheets, and the smaller glaciers and ice caps Frozen ground River and lake ice Introduction Why are Ice and Snow Important to Us?