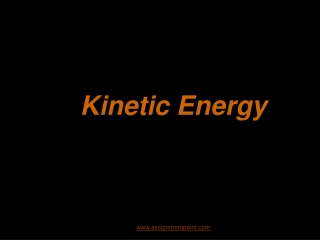 Kinetic Energy. energy of the motion of an object. = m x V 2 2. m = mass V = velocity. The location on the track where the train has the greatest potential energy is. Kinetic. K inetic energy energy of a moving object. When does a toy race car have kinetic energy?