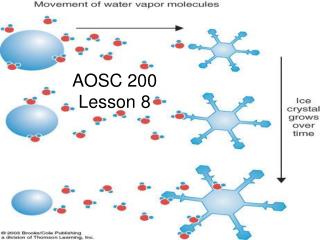 AOSC 200 Lesson 8. Precipitation Growth in Warm Clouds. Cloud droplets are typically 10 microns in size. small raindrops are typically 1000 microns (almost one million droplets) How does one go from one to the other?

AOSC 200 Lesson 11 - . land and sea breeze. during the day, the land heats up quickly, while the ocean heats up slowly

200 8 - Making money on the international top-up. 200 8. the world is changing. there were the times when it was possible

Atmospheric Chemistry 1 - . objectives of atmospheric chemistry: can we understand how does the atmosphere maintain its