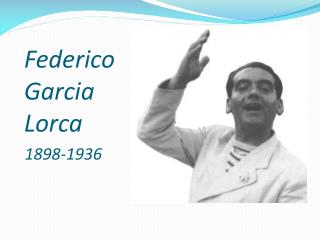 Federico Garcia Lorca. 1898-1936. Early Years: 1898-1919. He was born in a small town a few miles from Granada, his father owned a small farm. He moved to Granada itself, strongly influencing his interest in gypsy culture. He studied law at sacred heart university.

The House of Bernadette Ada - . federico garcia lorca. an adaptation from the play “the house of bernarda alba”.