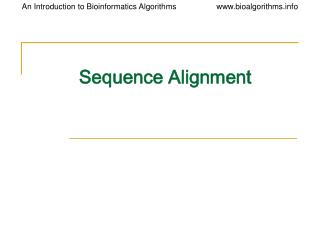 DATA BASE ALIGNMENT PROGRAM (DAPs) - . upon completion of this topic, you will be able to: describe data base alignment

CS5263 Bioinformatics - . lecture 18 motif finding. what is a (biological) motif?. a motif is a recurring fragment, theme

Steering and Alignment - . objectives. • identify the components of the steering system of a heavy-duty truck. •

Main Sequence Lifetimes - . time on main sequence how much fuel it has (core h) how fast it consumes the fuel