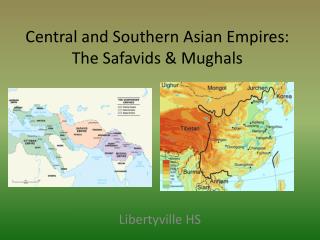 Central and Southern Asian Empires: The Safavids & Mughals. Libertyville HS. Safavid Dynasty (1501-1722). One of the most significant periods in history of Iran HIS 105 Chapter 5 - . republican and imperial rome. rome. one of the most successful empires in the world began as a