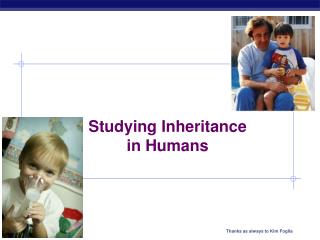 Mendelian inheritance in humans - . most traits in humans are due to the interaction of multiple genes and do not show a

8.1 Studying Inheritance - . lesson objectives. distinguish between a genotype and phenotype. understand what dominant,

Mendelian Genetics and Inheritance in Humans - Mendel's luck. in the 20th century, geneticists have extended mendelian

Patterns of Inheritance i n Humans - . pedigree. geneticists study the inheritance of certain traits by using a pedigree

Humans in Space - . before humans monkeys were sent into space:. it was cheaper to learn the biological effects of space

Nutrition in Humans - . nutrients part i. nutrients are the usable portions of foods what are nutrients used for?

RFID in Humans - . shera usher 4.19.2011. brief history of rfid. rfid can be traced back to wwii sir robert alexander

Studying in Germany - . welcome to the land of ideas!. why germany?. contents. facts about germany the german academic

STUDYING IN FRANCE - . france’s place on the international stage. a dynamic country right in the heart of europe