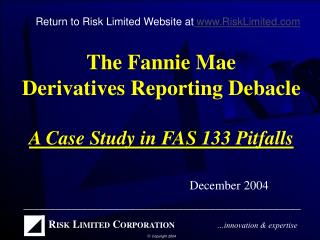 SHOT IN THE FANNIE MAE - . the history of a financial disaster. 1997. fannie mae is a gse (govt. sponsored entity)

SHOT IN THE FANNIE MAE - . the history of a financial disaster. background. in 1977, community reinvestment act cra is

Stopping Foreclosure With a Fannie Mae Home Affordable Modification - If your credit rate is at 600 or below, you will

Case of the Week 133 - . elderly male presents with clinical signs of myelopathy. what are the abnormal findings? what is

The Electricity Debacle - . mission statement: the utc protects consumers by ensuring that utility and transportation