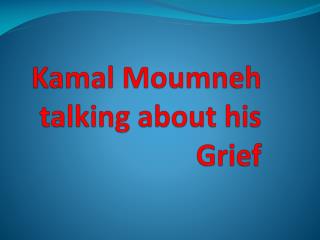 The need for financial education across the UAE has never been greater. Today's personal finance landscape is highly complex compared with just a generation ago, and people today need to be able to differentiate between a huge raft of products and product providers to successfully manage their financial obligations. Young adults have access to credit at a far earlier age than many of their parents will have done and it is vital they fully understand the implications of borrowing money before making mistakes that will potentially stay with them for many years. Kamal moumneh How to liven up Christmas - For more informatin :-

kamal cargo - We are capable to offer relaxed and on-time relocation. we do provide insurance option also according to

Musthafa Kamal - In the name of allah, the most merciful and the beneficent. 5 finger concept making question and the

Musthafa Kamal - In the name of allah, the most merciful and the beneficent. step by step mastering grammar. magic steps

Sedimentologi Kamal Roslan Mohamed - . delta. introduction. the mouths of rivers may be places where the accumulation of

Sedimentologi Kamal Roslan Mohamed - . lake. introduction. a lake is an inland body of water. lakes form where there is a

Hotel The kamal Residency - Nestling against a subtle palette of nature's glorious bounties, the kamal hotel is ideally