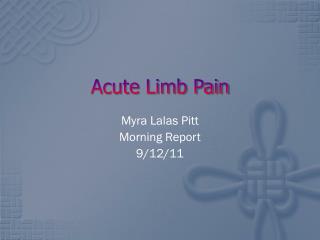 I LEG PAIN II LIMP - . leg pain. possible causes for the kind of leg pain that often is referred to as “growing