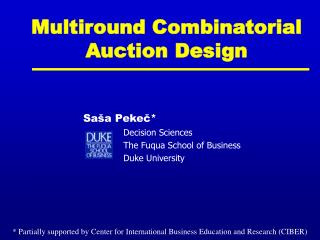 Combinatorial Auction - . social-choice function: the winner should be the guy having in mind the highest value for

Lecture 2 Auction Design - This lecture derives bidding rules for some auctions where there is incomplete information,