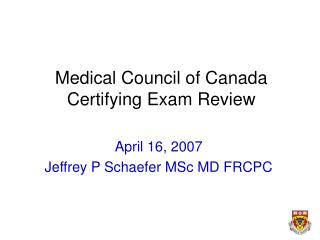 German Medical Council - We provides medical training in germany are an association of pg medicine in germany,post

Medical Review of Drivers - . medical review. to ensure the safety of motorists on virginia's highways, drivers must meet

Review of Exam #2 - . cs-2301, system programming for non-majors (slides include materials from the c programming

Review of Exam 1 - . 1. in a simple model of the supply and demand for pizza, the endogenous variables are:. a) the price