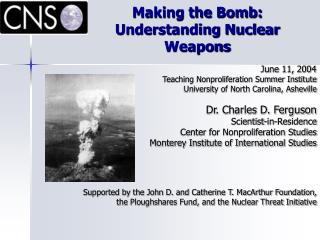 Here a Nuke, There a Nuke, Everywhere a Nuke Nuke - There’s lots of scary weapons out there smithers. however, the big

WAR In IRAQ - . “just-war” theory. the iraq war is debatably the most controversial war to ever take place. most