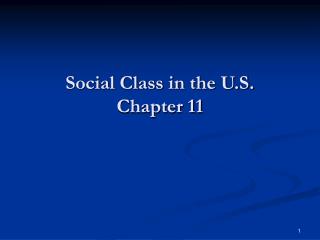 Social Class in the U.S. Chapter 11

Social Class in the U.S. Chapter 11 Introduction Our culture encourages the attitude that poverty and wealth are the consequence of individual effort rather than structural conditions. For this reason, being poor carries a stigma in which people shun the poor as “lazy” or “ignorant.”

Social Class in the U.S. Chapter 11

Social Cognition - . chapter four. social cognition. to what extent do we behave like we are superstitious, simpleminded,