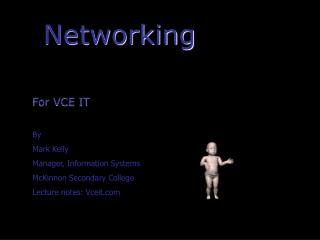 Networking. For VCE IT. By Mark Kelly Manager, Information Systems McKinnon Secondary College Lecture notes: Vceit.com. Networking. Year 11 IT – all of the topics can be covered at a relatively simple level

Fundamentals of Networking - . discovery 1, chapter 3 connecting to the network. objectives. explain the concept of

Adult Use of Social Networking - . percent of adult internet users who use social networking – sites or twitter, over

Ch.2 – Networking Fundamentals - . overview. remember, we are just beginning to herd the cats. much of this will become

Introduction - . chapter 1. part a: the networking revolution. an overview of trends and the importance of networking to

OpenServer 6 Networking for OpenServer 5 Administrators John Boland SCO Support - . at the end of this session you