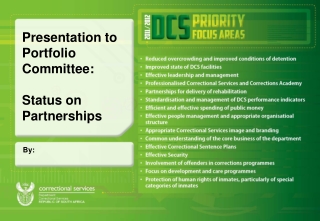 Presentation to Portfolio Committee: Status on Partnerships. By:. Purpose. Establishing an E-Learning Division - . at a higher education institution: lessons from the university of the western