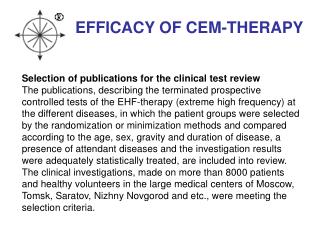 EFFICACY OF CEM-THERAPY. Selection of publications for the clinical test review

Requirement for a new transfection assay for RNAi - . each cell has unique transfection efficacy. for successful rnai ,

Systematic Review of Prognostic Tests - . prepared for: the agency for healthcare research and quality (ahrq) training

Menopause 101 - . terrie thurm, arnp women’s clinic. menopause : what is it?. menopause is the permanent end of

An epigenetic approach to the treatment of acute leukemia and myelodysplastic syndromes - . guillermo garcia-manero

Tips To Prevent Back Pain - Https://riversidepainphysicians.com/tips-to-prevent-back-pain/ - get the basics on diagnosis