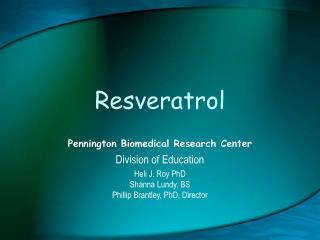 tasmanhealth.co.nz | Nature's Way Resveratrol - Resveratrol is an antioxidant that helps care for the heart and blood Unknown Health Benefits of Drinking Red Wine - Red wine in india, with some restraint, has for quite some time been

Resveratrol - . a phytochemical with health benefits found in red wine. chem 11 spring 2008. resveratrol is a stilbene.

The Effect of Resveratrol on Fat Storage - . by chris lobello. obesity. CYTOTOXICITY EFFECT OF RESVERATROL OLIGOMERS AND THEIR DERIVATIVES AGAINST HUMAN CANCER CELL LINES - . sri atun a , Phytoestrogens and the menopause - . g.b.lockwood, school of pharmacy &amp; pharmaceutical sciences, university of The Effect of Resveratrol on Fat Storage - . by chris lobello. obesity.