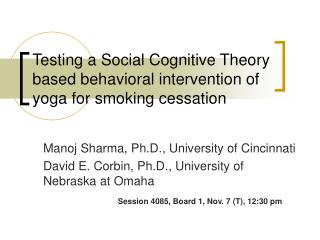 Smoking and ATHLETES - . it doesn’t matter what you smoke it greatly effects your physical performance capacities.

Behavioral and Social-Cognitive Approaches to Forming Habits - . introduction. i will analyze the development and