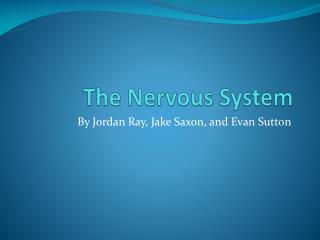 Intro to the Nervous System - . what are the major organ systems of the body?. circulatory digestive endocrine