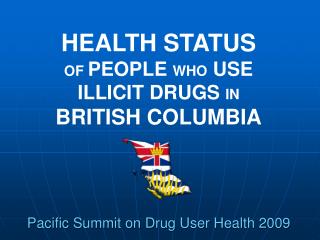 Increasing NRT-use among M ā ori and Pacific smokers - . findings of research conducted for the ministry of health 2010.

Drug Use, Misuse and Abuse - . health coach mclure/anno. a drug is a chemical substance that affects the way you feel and

The National Medicare RAC Summit “The Basics of Preparing for and Responding to RAC Demands” - . march 5, 2009

Highlights from the 2009 Ontario Student Drug Use and Health Survey OSDUHS Drug Use Report - Agenda.