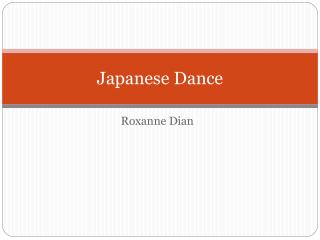 Japenese Theater and Music - . jill hodder. noh and kabuki. there are two primary types of japanese music for theater:

Japanese Theatre - . theatre history. japanese theatre-noh plays. based on ritual much like the chinese theatre in

Indian Chhau Dance Masks Japanese Noh Masks Masks from Papua New Guinea - . there are many festivals in india and often

WHAT CAN I DO WITH A MAJOR IN... THEATRE OR DANCE - . www.sc.edu/career. the-a- tre. the scientific study of the origin,