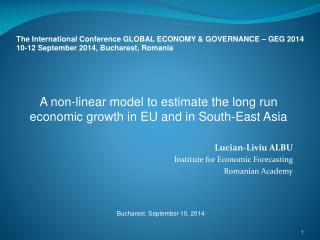 The Global Economy - . global economy. common to buy clothing anywhere in us which has a tag labeled, ‘made in

The Euro Area Crisis: Origins, Prospects and Implications for the World Economy and Global Governance - . domenico

7.2 The Global Economy - . objectives: understand impact of nafta on trade in north america how managers decide to enter

Approaches to the Governance of State-NGO Relationships - . john shields department of politics and public administration

Global talent and the knowledge economy: an exploration of the UK experience - « international geographical union »