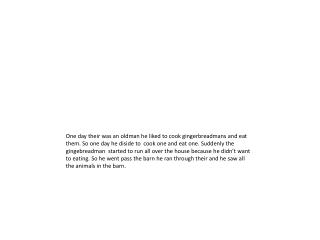 Hi, I know I look a little weird but we come in all kinds of shapes and siz - Es. as a matter a fact we are found all

William Blake - . the man who saw visions. important facts. one of the first romantics known for his art as much as for

Food for Thought - . abba lot went to see abba joseph and said to him, “abba, as far as i can, i say my little office,

The Colorado River - . created by ms. gates, 2011. the colorado river. task : students will identify the mississippi,

The River - . valerie bloom. the river’s a wanderer, a nomad, a tramp. he doesn't choose any one place to set up his

Weird Diseases - . by: shelby dupler. vampire disease: pain from the

And it wasn’t a particularly big thought, either. - * peaceful music. mood is like a quiet afternoon .”!” appears

Act 4- Descent into Madness - . why are the weird sisters so named? “weird” comes from “ wyrd ” which means fate

The Weird Wolf &amp;The Grumpy Bull - . once upon a time there was a weird wolf and a grumpy bull. one day the grumpy

The Weird Wolf &amp;The Grumpy Bull - . once upon a time there was a weird wolf and a grumpy bull. one day the grumpy

Section 4.3 You Can’t Step into the Same River Twice - . self as process. thought experiment: shoemaker’s brain

Down the Ohio - . river shanty arranged by rosemary jacques. the river is up and the channel is deep. the wind is steady

Activity One: Fables vs. Morals Activity Two: Aesop - . more fables from: http://www.pacificnet.net/~johnr/aesop/. what