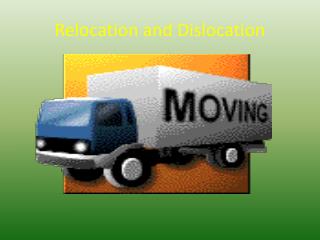 Neurology of the Upper Cervical Subluxation - . subluxation. sub = less than luxatio = dislocation “less than a

What are DoD Plans for Relocation? - . the dod plans for relocation were submitted to ntia prior to the aws auction