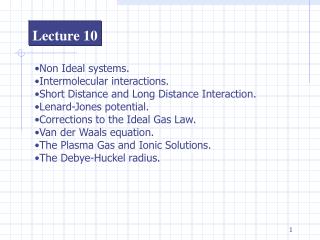 Lecture 10 - . introduction to computer networks and data communications. summary of previous. in the previous lecture

Lecture 10 - . dynamic asset pricing models - i. consumption-capm. we like the capm and the apt because they both capture

Lecture 10 - . work in the post-industrial economy. social organization of work. as our society becomes more