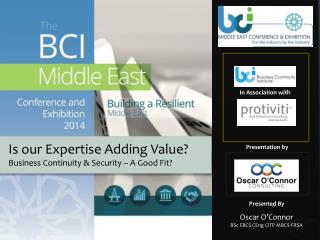 Let’s Get Real : Disaster Recovery and Business Continuity in Public Safety - . is yours just a paper plan or a real