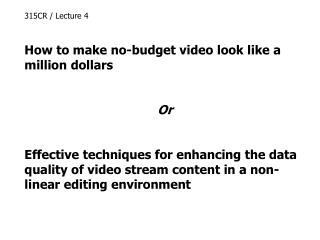 The Past, Present, and Future of Video Telecommunication or, The 3% Solution - . dave lindbergh imtc fall forum november

Video On Demand - . video on demand. one video server many video data many clients client want to watch at any time.