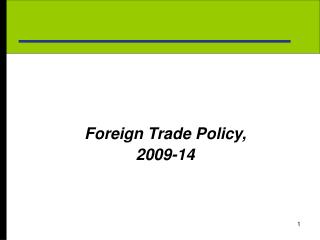 Foreign trade - . in the next two lectures we will develop versions of the is-lm and ad-as models for an open economy. an

Foreign Trade - . holmes econ 10. open economy. one of our assumptions was a closed economy a nontrivial portion of of