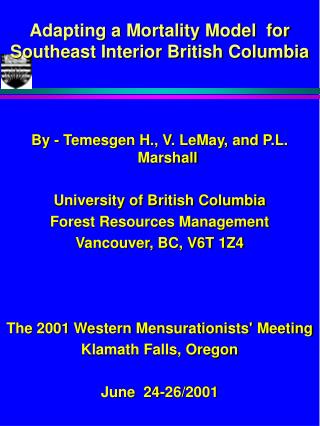 Adapting and Accommodating for all Learners - . our objectives for today outcomes for today ~ everyone will expand their

Module 1: What am I adapting to? - . understanding the impacts of climate change in the great lakes. intro | climate |

Projectile Point Typology on the Columbia Plateau - . research contexts for analysis of prehistoric styles and temporal