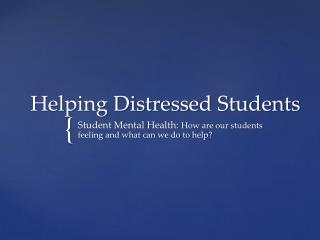 Helping Students in Reading - . what is reading?. ‘i define reading as a message-getting, problem-solving activity

Helping students help themselves - . marilla svinicki educational psychology the university of texas at austin. where do