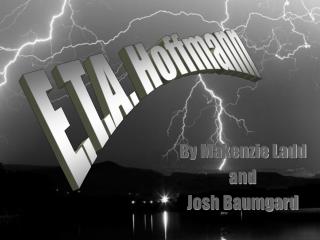 by Brynn Ladd - Loquaciousness in persons whose native tongue is not the one spoken in america. fluency in esl speakers.

By Josh - . there are 10 countries that border brazil. brazil is the largest country in south america.brazil’s capital

By Josh K - . dear lord…. jesus’ friends and helpers gathered in a small dark room. they were afraid, sad and

Chipmuks by kerrah and josh - . this is a baby chipmuk. this is not what we are not taking about. chipmuks get fat in the

BY: JOSH WIEDDER - Music theory. by: josh wiedder. continue on…. there are many different elements that all work

Created by: Makenzie harder, Clinton prohaska , and john thurston - Chapter 8: medicine and crime: the search for the

By: Justin Weinbrenner and Josh Arch - . what does it look like?. what is bigfoot?. sightings. the mystery. real or

BY JACK WILKERSON AND JOSH OWENS - . pearl harbor. the pearl harbor bombing was caused by: america was not sending

Supernovae by Josh Klimek - . image of sn1994d from