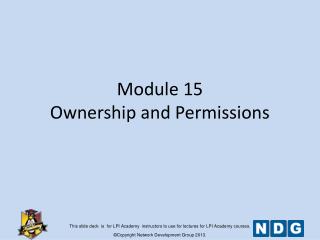 File Management - . how much does the operating system know? some systems support different types advantage – prevents

Computer Security - . an overview of terms and key concepts. what is security?. security is about protecting something.

UNIX Files - . how unix sees and uses files. i/o: unix approach. the basic model of the unix i/o system is a sequence of

PI System Security - . taking it to the next level, and beyond! bryan s owen pe osisoft, inc cyber security manager.

Module 4 ‘Actions’ - . introduction. welcome to module 4! this course is about creating, assigning, tracking and