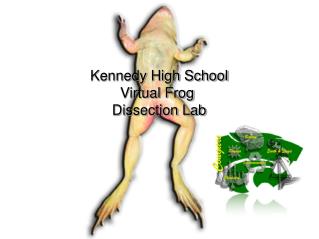 Frog and Moose - . a journey to home by: spencer. click anywhere to continue.

Pig Heart Dissection 101 - . biology 30s. (gulp) but sheep have nice heartsâ€¦. equipment. pick these up (even if you

New Frontier High School - . “ within our dreams and aspirations, we find our opportunities .”. building management