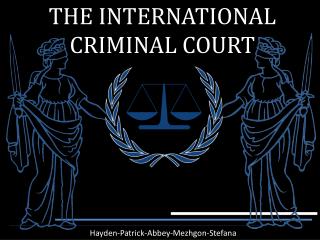 THE ROLE OF VICTIMS IN THE ICC – Professor Sam Garkawe - . victims have come a long way in international criminal

Crimes Against Humanity - . the cambodian genocide 1975-1979. &quot;all humanity is one undivided and indivisible

Universal Jurisdiction and the ICC - . the evolution of international norms and institutions. nuremberg trials: crimes

Responding to Genocide in Darfur, Sudan - . ajws is dedicated to alleviating poverty, hunger and disease among the people