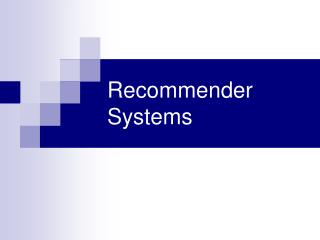 Recommender Systems - Sumbul jahan. recommender systems. this world is an over-crowded place. they all want to get our