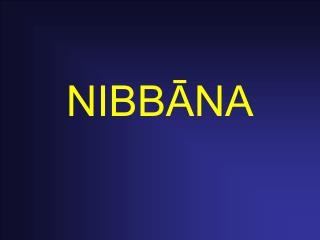 NIBBĀNA. NIBBĀNA. (i) It is supramundane, that is, beyond the world of mind-and-matter or the five aggregates of clinging. (ii) Nibbāna is the extinction of all greed, hatred, and delusion. (iii) It is unconditioned dhamma (not conditioned by any cause)