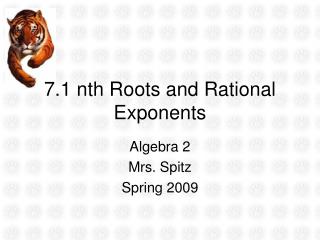 6.1 The Fundamental Property of Rational Expressions - . rational expression – has the form: where p and q are

Laws of Exponents - This powerpoint will help you when working on “ exponenet patterning”. welcome to your personal

Historic Roots of Terrorism - . an exploration of early terrorism and of the historic roots of modern terrorism. michael

Rational Rose Tutorial - . making use of uml elements. objectives. get to know rational rose get familiar with general