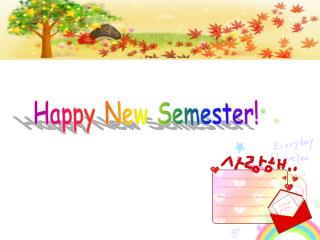 Happy New Year ! - . trust in the lord ’ s blessings!. the jews like the chinese celebrate the beginning of spring, a

HAPPY NEW YEAR!!! - . many of you are either looking at losing weight or know someone who would like to. we are offering

Happy new year - . 2 grace and peace be multiplied to you in the knowledge of god and of jesus our lord; 3 seeing that

Happy New Year - 2013. happy new year . asking god to bless you today and every day in the year ahead, with the wonderful

Happy New Year - . independent work. happy new year! we’ve been on break and it’s a new year, which leads to how we

Happy 2 nd Semester, almost sophomores! - . on your bell work sheet, take your best guess at each word then tell why you