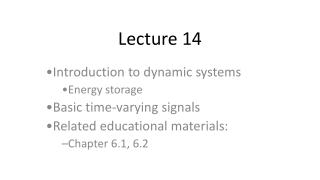 Lecture 14 - . chemical reaction engineering (cre) is the field that studies the rates and mechanisms of chemical