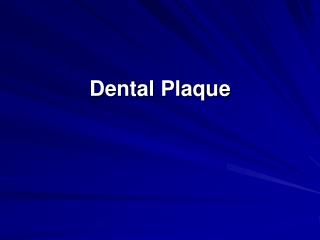 Dental Plaque. Definitions. According to Bowden, Dental plaque can be defined as the soft tissue deposits that form the biofilm adhering to the tooth surface or on the other hard surfaces in the oral cavity, including removable and fixed restorations. Chapter 2 Dental Plaque - . introduction. dental caries and periodontal diseases are two of the most widespread of all

Plaque - Whether you are choosing a general dentist, cosmetic dentist or sedation dentist, experience, education and

Plaque Psoriasis - . by: alexis edwards 6 th. description. plaque psoriasis is a skin condition in which chronic