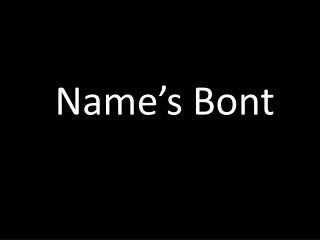 Name’s Bont. YOSS BONT. Joss Bont- explained. Joss B ont is the local rascal. He is the lowest of the low in society and regarded as a drunkard fool by his family and peers.