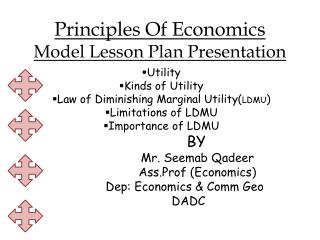 Principles of Economics - . session 15. topics to be covered. open and closed economies flow of goods and capital

Warm Up - Unit 2 lesson 1 . warm up. problem of the day. lesson presentation. lesson quizzes. warm up evaluate each

The Object Model - . object-oriented technology is built on a sound engineering foundation whose elements we collectively

CLIL LESSON PLAN - . clil. clil. rubrics. students have to create a set of visual charts as well as power point

Mager &amp; Pipe Model - . a model for gap analysis and initial needs assessment. how to us this presentation. use