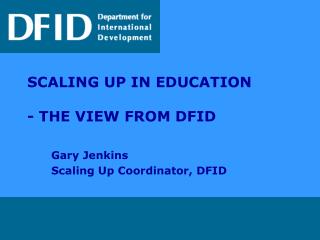 Scaling Up in Education - . chris dede , harvard university. unless otherwise specified, this work is licensed under a

Scaling Up - . sapdc learning facilitators team. “leading with and learning from the field”. transitioning

The UP Centennial Lecture Series UP: View from Inside - . “reinventing up as the national university: learning for

Scaling Up CMAM in Nepal - . what we know now: a decade of community- based sam treatment london, october 17 th- 18 th

Scaling up HIV - Goal. to mobilise sustainable community action to prevent the spread, and to mitigate the impact of

Scaling up Implementation - :. scaling up implementation. a collaborative project between the florida department of

Scaling up LDA - . (monday’s lecture). what if you try and parallelize?. split document/term matrix randomly and