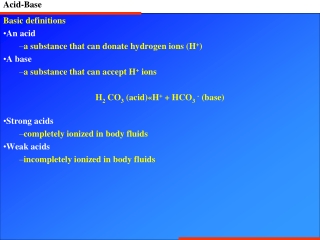 ACID BASE - . k depletion is most often due to urinary or g i losses what test would you do to differentiate between

Acid-Base Reactions - . if an acid reacts with a metal, a salt of that acid and hydrogen is produced. aluminum +