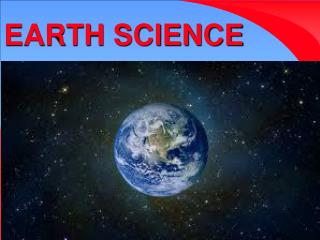 Earth Science - . section 17.2 – seafloor spreading. objectives. summarize the evidence that led to the discovery of

Earth Science - . by: cierra mosley &amp; karee hashim. chapter 2 sect. 3. imagine that you are on an outdoor

Earth Science - Earth's external processes . weathering the disintegration and decomposition of material at or near the

Earth Science - . the study of the earth, its systems and its neighbors in space. there are 4 main areas of earth