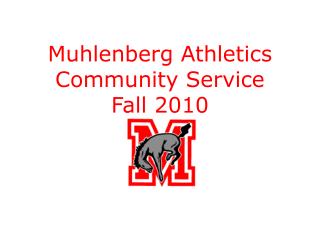 Biology Semester Exam Review Fall 2010 - . what major improvement came with the development of the scanning electron

A Report to Trent University Athletics and Aquatics - . findings from research to examine community interest in the

Argos - Moving into the Community - . presented by: bruce knox university of arkansas division of agriculture,