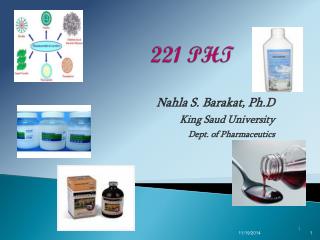 453 PHT - . 2. sterile productssterile dosage form refers to a product of a general group of pharmaceuticals having in

PHT 381 Lab 9 - Mic: - it is the lowest concentration of the antimicrobial agent that inhibits the growth of the test