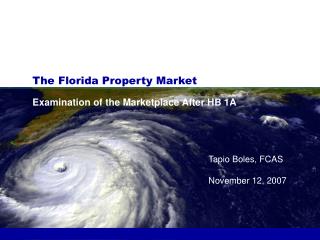 The Florida Property Market - . examination of the marketplace after hb 1a. tapio boles, fcas november 12, 2007. agenda.

Property in Florida - If you’re thinking about buying property then we are offering algarve property for sale,